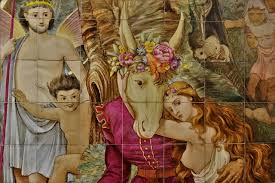 Creative lockdown. How to cope with your mental health.

We don’t read and write poetry because it’s cute.

We read and write poetry because we are members of the human race. And the human race is filled with passion. And medicine, law, business, engineering, these are noble pursuits and necessary to sustain life. But poetry, beauty, romance, love, these are what we stay alive for.

Robin Williams the hugely talented actor, who sadly lost his life to suicide, suffered from depression for many years.

My interest in how suppressed creativity, affects our mental health was sparked when I researched the artist, ‘Henry Havelock Cornell’ and wrote a book about his life. I have never suffered from depression and as a child I remember thinking it was something you could shake off. My parents would mention somebody having a breakdown with lowered voices. I wondered if people actually broke in half or their heads fell off. I had never knowingly met anyone who was suffering from depression. Thankfully today we have a better understanding of it.

But the character in my book was someone who had led a lifestyle of traumatic instability. He was a small time criminal, a violent drunk, with a personality so out of control, his life ended in a lunatic asylum, abandoned by his family and alone.

Yet. Henry Havelock Cornell was also a creative artist who painted pictures of country life and the garden of Eden. His creative ability was only discovered in his mid fifties. Could it have been possible that this man was never given the freedom to express himself? Would his life have been different, if he had the outlet to openly express himself. Times were different then, Cornell was born in 1884, he sadly died feeling worthless in 1953.

How important is it to be able to express ourselves creatively for our sanity and peace of mind?

During lockdown it has been hard for many creatives, especially for actors, (I live with one) who rely on audiences and other cast members to be able to lose themselves in their creative zone.

I am able to write and paint, to feed my creative spirit. I also love time to myself but still need to balance my social and physical contact, all humans have that need. For many others, depression is something that can rear it’s dark ugly head from out of nowhere and it seems to favour lockdown.

Go on to social media and see positive people using platforms for exercise and health, poetry and drama. For some it is ok and that truly is OK, for others it is a nightmare and that is not OK. But what can be done other than ride out this lockdown? Perhaps we can all try and understand, and offer the right support to help them get through it.

As theatres struggle to stay open and film crews wait at home for the call back to work, the performer who relies on performance for his/her self worth cannot just be furloughed or told to wait patiently. This is not like waiting to hear back from an audition. Actors have been trained to cope with rejection. Lockdown and the Covid situation is suffocation for a creative mind, a creative mind that can be vulnerable at the best of times. We do not have to look far for talented people working in the arts to know how anxiety and depression can worm it’s way in,

Ruby Wax, Robin Williams and Stephen Fry all creative minds, have opened up about depression and the struggles they have had.

A troubled artist has become synonymous with creative expression

According to research, it is three times more likely for creatives to suffer from mental health problems than the general public.

As the parent of a young actor who from the age of six, knew that this chosen profession was the only thing he ever wanted to do, EVER! Let me tell you he fought hard to follow his dream against all who wanted to prove him wrong, Covid19 has been a double blow. It is like having all your creativity put in the trash and the possibility of coming up smelling of roses is hard to see.

The past couple of weeks my son has been rehearsing for an online production of Twelfth Night. All rehearsals including dress rehearsal took place from my sofa. There was no Break a Leg wishes, or Opening Night Nerves, not even an After Party He performed over Zoom, with a bunch of other incredibly talented individuals.

‘I thought it would cheer me up,’ he commented afterwards, Not the usual reaction we are used to seeing from him, after a performance.

I must say for me who watched it, It was a great performance but without the atmosphere of a live show. It left me feeling the same after watching two online funerals this summer. IT IS NOT THE SAME!. It never will be. Actors cannot express themselves in the same way whilst sitting at a table or on a sofa in front of a computer screen. However they needed to do this. It is closest to what they can do to be expressive.

If theatres never get back to as they were before Covid19, it would be disastrous. I am sure without any doubt there will be a creative surge, just as we are expecting in the travel and health industry, we can only hope that the talent out there, can ride this storm. We are the audiences that embrace their accomplishments, we soak up the stories they tell, through stage and film, This industry is huge yet one of those that many find hard to value. The hard work and years of practice it takes to create great talent.

Imagine life without actors. We need them more than ever to help us with our own individual escapism.

It is up to us to demand their worth and value their skills.

So after watching Twelfth Night, on a computer screen of square boxes, all with a face performing beautiful words written by William Shakespeare, I had an inspiring thought,

Umm. We have a lovely garden in La Gaia Spain, How lovely it would be to plan an event here next year. When this stupid virus goes away and allows us to do so. Imagine all that creativity performing in the shadow of our mountains. Such a story to tell.

Now how to share my Inspiration? as I think of Kickstarter, selling tickets, programmes, extra chairs, Insurance, catering, social distancing, beautiful sets, lighting, sound, publicity, and of course the creative story tellers, because none of this would happen without them and if you know me, I have a creative brain that likes to buzz with ideas.

I have been lucky that depression has never hit me in a bad way, I have friends and family that have suffered though. There does not seem to be any answer only that this feeling will pass. For now I just want to do anything I can to make their lives more bearable and to keep their creativity flowing.

If you enjoyed this article, please buy me a coffee, it is for a good cause.