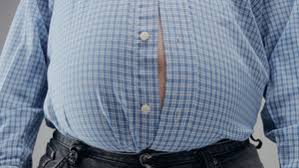 LIFESTYLE AND NUTRITION by lauren statonJuly 2, 2020

‘The way to a man’s heart disease is through his stomach!

Your partner has been putting a few pounds on lately and he just will not listen to your advice to get down the gym. Why is this?

Women have put up with remarks for years, have been accused of spending too long in the bathroom getting ready and then laughed at when we have said- if we have said? “Does my bum look big in this?”

Women have had to work harder at losing weight especially as they get older and following pregnancies. Guys think they have it easy, but do they? They are prone to pile on the pounds on as well.

Guys, you need to step up, your women are worried and are playing a big part in the health revolution. It is not, that we want you to resemble muscle men, it is only our desire for you to stay alive and to be by our sides a bit longer than the statistics are leading us to believe. Some men do not address good health practices until they are lying flat on their backs in a cardiac ward or after some other traumatic health scare.

Traditionally women have taken care of the health of the family and whoever came up with the saying “The way to a man’s heart is through his stomach’ was not entirely wrong.

Now we are more mindful and women are worried if the saying should be changed to ‘The way to a man’s heart disease is through his stomach’ as well as the many other diseases that are linked to poor diet. But your man doesn’t listen to any of this blurp and claptrap as he calls it. By the way, I am not judging all men here. If your man watches what he eats and exercises regularly, I am not talking about him OK? But- if your man is adamant that he can survive into old age, smoke 90 ciggies a day like his uncle did who lived until he was 100, and even though he downs pints and sticks to his meat and mash with gravy, then amazing, we can all go skipping off into the sunset, dance under rainbows and play with unicorns.

The sad reality is that there is a fat epidemic going on, bad health and lifestyle choices are costing us dearly. Women are fed up with being the ones that are widowed as they tend to live 5.3, years longer than men. There is now some evidence that says this is because women live healthier lifestyles.

My husband died at the age of 42, although he did not smoke, he had poor lifestyle choices, a diet rich in sweet things, and a stressful job. He already had developed hypertension of the heart. He was an extreme case but I often wonder if he had taken more care of his diet, could I now be telling a different story.

So, if you find that you are leaving your partner slouched in a chair watching TV whilst you are running out to the Gym, and he will not listen to you as he tucks into his Pizza and Doritos. Remind him that you want to look good for yourself, you may just want to slip in, that you have no wish to be one of the many women throughout the history of relationships that was traded in for a younger model. Oh wait, can that work both ways.

Maybe that was a bit harsh. Here are some other ways you could get through to him.

Stop buying unhealthy foods for him.

Shrink his clothes on a hot wash so they no longer fit.

Paste a picture of his head on a fit body (We have a great picture you could use) and stick it on the fridge with lots of hearts around it.

Ruin his pizza with lots of chilly sauce and lime pickle.

I am sure you could add some more ideas here. If it all fails, I am sorry. Relationships are for better or for worse. I would aim for the better but we cannot have it all. Make sure he knows it is only because you care.

Footnote:I don’t want to sound sexist here but I am going to say it anyway. There is a generation of which I am part of. Women over fifty (Cough) Who are single and out there keeping fit and healthy. I could say living life to the fullest. It would be nice to see some Men of that age too. Sadly they are all, dare I say thin on the ground or should I rephrase and say Fat on the sofa. I’m not asking for much but the beer-swilling, smoke in your face, lazy opinionated ole git has long lost his appeal. I would love to hear your comments.